Here we are, Thanksgiving 2017 is fast approaching. And then Christmas. The stores are overloaded with all the ingredients for a happy thanksgiving and Merry X-mas. The commercials are humming. TV’s a glittering with weather updates for anywhere. News shows the airports jammed, shows us the latest crime scenes, where the detours are, so beware folks, but have a happy thanksgiving and merry whatever anyway. 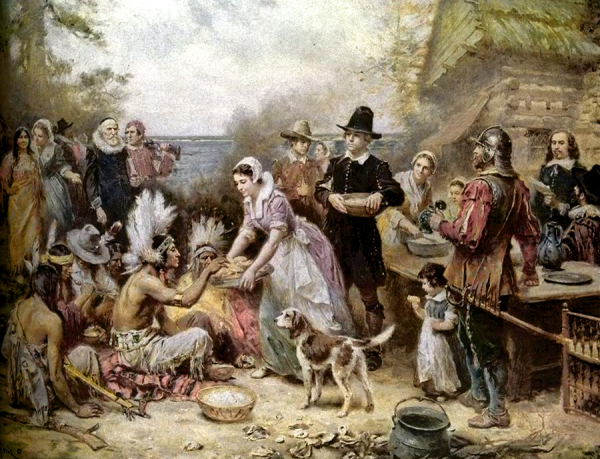 Huh? Happy Holidays. Gads. The pressure. Family gatherings. Trips. Be Happy. Be thankful, Macy’s having a parade. Keep the kiddies busy. Pies to bake. Get the stuff down from the attic. Cooking or going out, yeah, let’s go out. It’s too much. Where are those pills.

How can anyone be happy with all this bombarding us in front of our face and behind our back?

And yet, we do provide a happy face.

Do we take time to reflect, to think of the What, the Who, the Where and When all this holiday season started and Why.

Some parts of the world are not so joyful this time of year, so why are we? Yes, it’s our American heritage dedicated to individual freedoms over and above that of kings and queens, presidents and magistrates. “We hold these truths to be self-evident…” But are we about to lose all that as society appears to be elevating self-gratification over virtuousness.

George Washington wrote, “Human rights can only be assured among a virtuous people.”

Benjamin Franklin wrote, “Only a virtuous people are capable of freedom.”

Virtue as defined by Webster is: