“You’re looking at the computer screen before you turn it on; it’s black, it’s nothing, just a blank screen. Was that how it was before the Almighty created light? You press the on button and that energy makes the screen come alive with the background you chose. You see the pictures or diagrams of your favorite places to go, waiting for you to point to it pressing the button on the mouse. Who created those icons? How did they get there? What makes it tick? If it’s overloaded or the devise is old, you may see a tiny blue circle going round and round.

“This entire physical universe is made up of millions and perhaps billions of trillions of configurations of those tiny atoms and molecules. That computer is made up of different configurations of the basics of 1 and 0, millions or billions of those two basics in different bunches create the pictures, the software, the games within that cell phone and computer. Someone, or the entire office full of programmers figured out how to do it. That computer did not fall into place over millions of years by random happenings of 1 and 0, the electrical current of a positive and negative, a yes or a no, it’s on or it’s off. Nope, a designer made it appear alive and do what it does when you press buttons, and there are certain rules you must follow and be mindful of to use it correctly.

“The same with this universe: a master designer had to do it and we must take to heart and apply those rules for us to live correctly as the designer programmed, or we just go round and round in circles.

“We want to solve our mysteries, but some will never be scientifically solved and we don’t like that.

Okay, the major question to these secular humanistic atheists is: how and where did that first physical molecule or atom come from? What caused those to expand into more, expanding into more? They say it was a big bang. Now a bang must have a force making something go bang. “Was there a time when it all began? There it is, the one element that’s missing in our deliberations: the concept of time. Time always moves. The clocks ticks. The sun and moon rise and disappear. The calendar changes. But, the almighty is beyond time, before time; therefore no beginnings, no endings, only now. Its something we can’t comprehend as we’ve been immersed in this time element with a beginning and an ending. Time was a brand new element from the first ray of light, just as this physical realm was a brand new element inside the spiritual.”

Copied from “Considering the Ant”. The novel by Arnold

This Thanksgiving day, I give  thanks for those way back in history who recoded their events and thoughts by engravings on the walls of caves, on papyrus, the invention of paper, the typewriter, newspapers and books, the Bible so that now we have records to read and understand more fully our heritage. For William Bradford coming up with the idea of private property and control leading the way to that great experiment of personal liberty and prosperity for all: our constitution.

The owner, the creator of this domain gathers the partners together with the stone tablet in front of him as he points to number 5 reading it slowly: “Honour thy father and thy mother: that thy days may be long upon the land which the Lord thy God giveth thee.” Exodus 20:12 kjv

“To all my partners, this rule should be an easy one for each of you to follow. Without your father and mother, you wouldn’t be here. There would be no Jim, no John, no Mary or a Louise. Your first appearance was a welcoming sight. You were nurtured, taken care of as at first all you could do was smile, cry, fumble around babbling away. 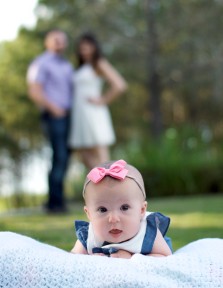 You learned how to walk, run and talk; you responded to their teachings, learned so much, so quickly that they began to fear for your safety. You have some remembrances of those early years, but not much. They sacrificed so much for you. You’ve been provided with an inner desire to explore and at times that spirit, because it was not yet in tune scared your parents and they corrected you. They hoped you’d connect the consequences of actions as they guided you along on your journey to becoming a self- guided partner in this endeavor when that time came for you to repeat the process: Jim with Mary, Joe with Louise.

“Yes, they deserve your honor; you must esteem them worthy of your praise so that your days will receive that same honor and praise from those you bring into this world. It’s part of this circle of what goes around comes around; reaping what is sown.”

As a layman without any sort of degree in theological studies, here I go again, posting an analogy of the Ten Commandments using my liberties on this second part of this series on the Ten Commandments, concentrating on the 4th as written in Exodus 20. 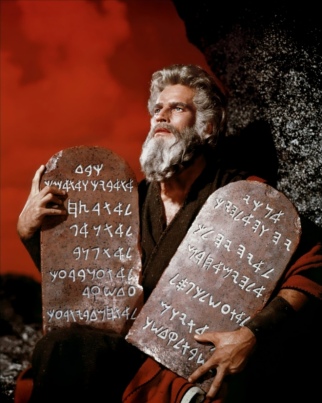 You’ve been working hard the past 5 days when the boss approaches you at the work site. Surprised, you quickly wonder, did I do something wrong, did I break a rule, was I was in trouble and might be sent to the bonfire. He notices right away your astonishment and puts you at ease. He then starts reviewing with you again how the company got its start, how he put all things together under certain laws that would guarantee the certainties of repeating actions; six days of intense work.

He says: “After the concentrated work of those six days, I looked at it and said its good, it’ll work. I sat down and admired what had been accomplished and rested enjoying the completion of those intense six days.”  He stops and peers into your eyes for clues as to your recognition and acknowledgment, whether you do get it, whether you really do understand the meanings of it all, or if he may have problems with you abusing a liberty as an opportunity to go another way, to do your own thing.

The owner creator starts up again.

“[insert your name here], from my observations you’ve had an excellent performance record throughout the previous days work. So, now I want to inform you of another rule of mine for all my partners in this venture of ours. You are my partner in this. The joy of your fellowship while we’re organized together in this venture pleases me. You know that I put this company together in six days and then I took a day off.  This is the beginning of your sixth day now, so you’ve got the rest of today to finish the week’s work, but then I want you to take the next day off and rest, just as I did. You deserve the rest. You need the rest. Your body needs it. Your soul and mind needs it. It’s a day I desire you and your family to plan to rest, giving yourselves time to recuperate and mend. Nothing but restful activities remembering how you came to be my partner. That includes all within your dwelling and any animals you may have too, as they too need a day to do as they would. We’ll call it our sabbath day of each week.”

“I desire for you join me on this seventh day each week for a time of restful relaxed fellowship together. Will you do that?”

Gads, I’m just an old guy who likes to write, who has experienced the attempts to put thoughts into words and sentences when an idea, a thought that had never crossed my mind before solves a perplexity, somewhat like a math problem of A plus B equals C. I knew B and C, but could not figure out what A was. C was the change in culture. B was the complacency of the common citizen enjoying the benefits. But what was A?

So, what is happening in this upside-down world being created by, well, there’s a long list of the people who have made their mark as an agent of change. I’ll come back to the first in mind later.

There were the writings of Margaret Sanger. Alfred Kinsley. Rachel Carson. Sigmund Freud. Charles Darwin. Hugh Heffner published a magazine. Steve Jobs wrote with just 1 and 0’s. Then there was Martin Luther King, C.S. Lewis and Billy Graham. And the list goes on. No doubt you may have others in mind.
What effect did they have on the world? Sanger started the birth control revolution. Kinsey had a great effect on the sexual revolution. Carson initiated the environmental movement. Freud saw humans as deceivers to themselves. Darwin postulated that we evolved from lower animals. Hefner portrayed women as sex objects. Jobs pioneered the computer age. MLK stood for racial equality, Lewis explained mere Christianity, and Billy Graham preached repentance.

Go back in history way before these folks came along when another was born just like us, learned to walk and talk on this earth just like us, nourished his body just like us, never took a pen to papyrus, but the change he had on this world has lasted since then, having an eternal effect to every generation since. Whereas over time the above-mentioned names will be superseded by others.

His name was Jesus. And wow, what a mark that life made. He did not accumulate wealth. He did not gain political power. Never wrote a book. Was not an athlete nor an entertainer, a lawyer or media host. He was just a lone teacher gathering a following, providing bread to the masses, healing infirmities and exposing the errors of the power brokers, who couldn’t stand that hint of a revolution, had him arrested and hung like a criminal to be put away forever; so they thought.

He permanently changed the world.
A is to Acknowledge.
B is to Believe.
Equals: C: Communion of sins forgiven, a new joy with eternal sanctified life as a bonus.